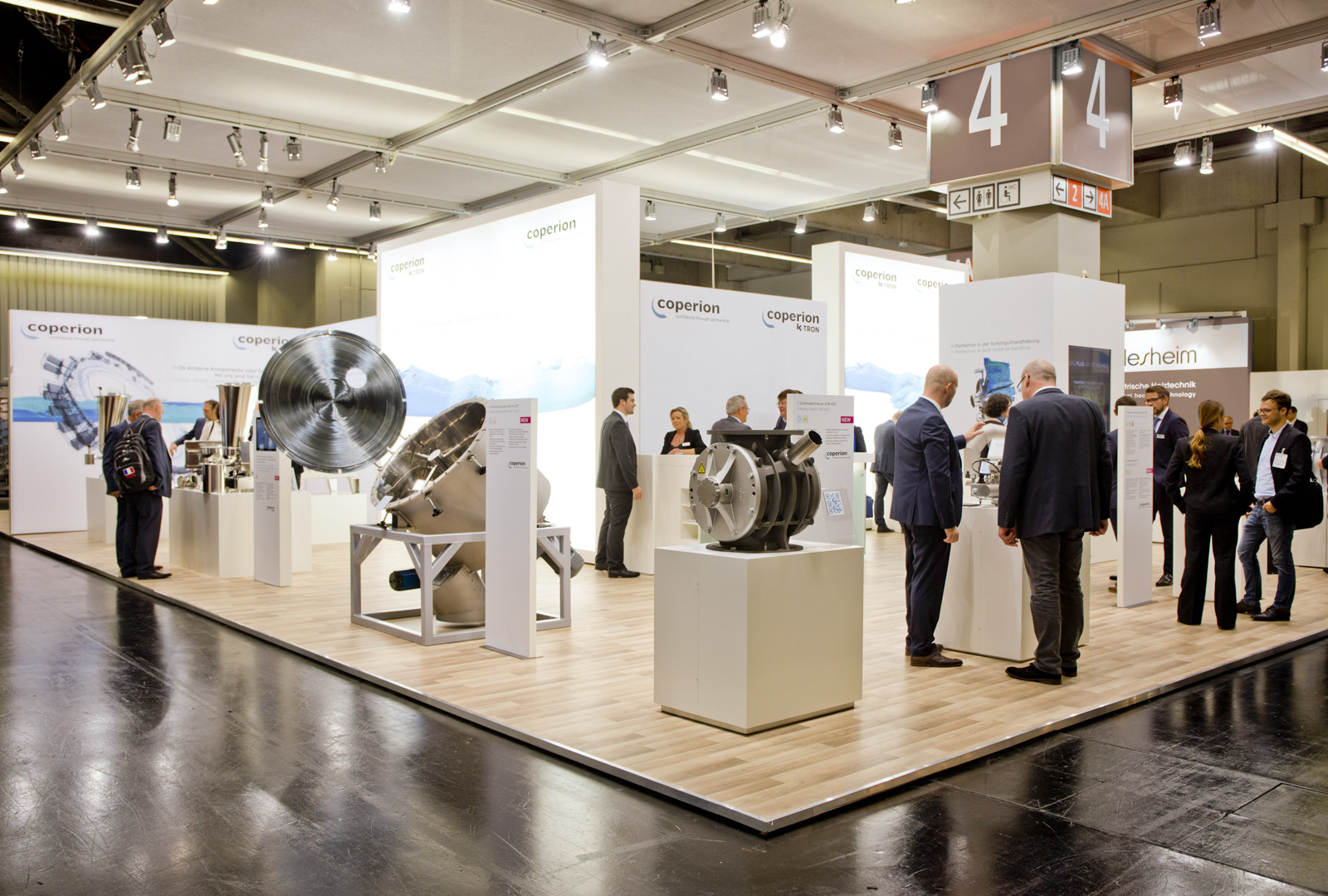 For the trade fair appearance of Coperion at the Powtech 2017 in Nuremberg (from 26 to 28 September 2017) we developed the following interactive applications:

The interactive »ATEX protection installation« presented the security features of the Coperion locks.
When a visitor entered the booth, he was tracked and, as he approached the screen, was able to see the inside of the housing in layers. Delayed a few seconds, the simulation released a dust explosion above the component. In a slowmotion rendition of the fire development, the protection against the penetration of the flames was illustrated.

With the developed AR application processes within components of the fair could be explained directly on the object. Likewise, the possibility was implemented to display monitoring processes as well as maintenance and service topics via augmentations. 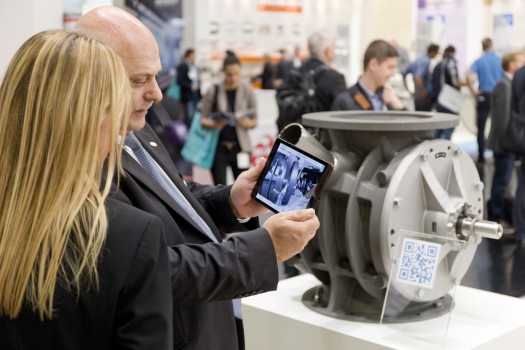 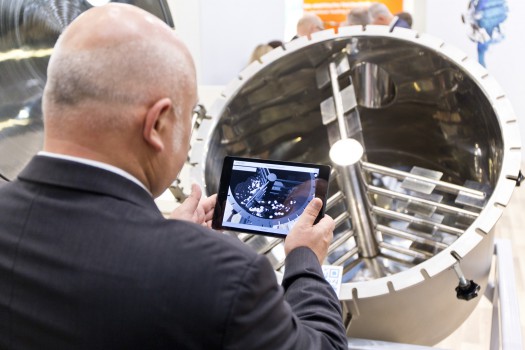 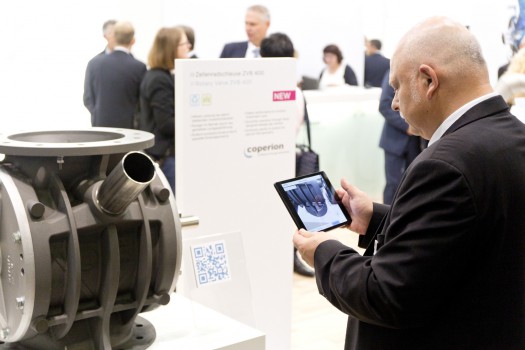 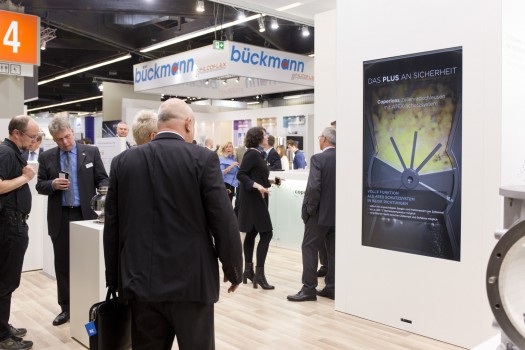 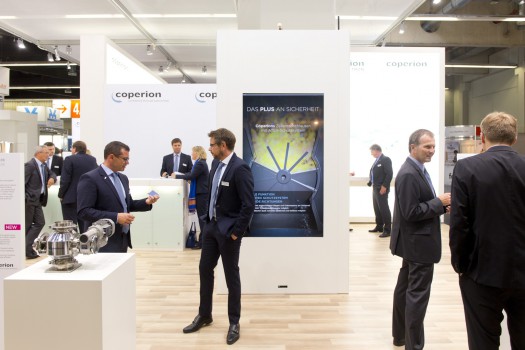 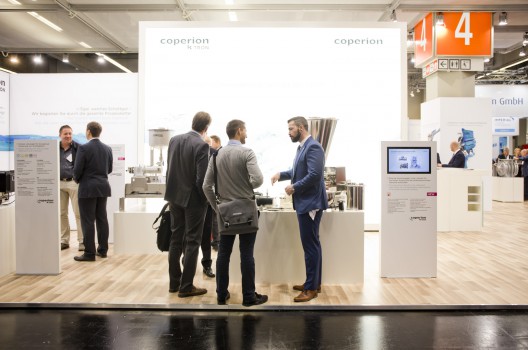 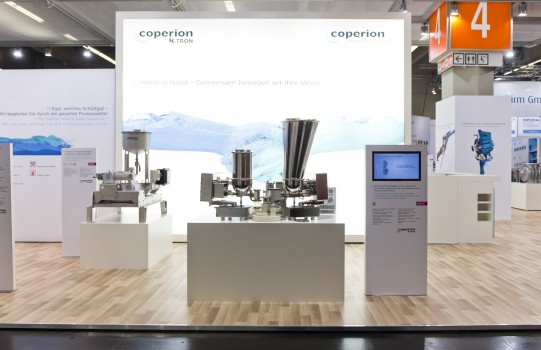